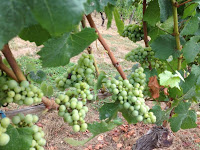 I'm such the Wino!  I've "tasted" wine all over Italy; Bourdeaux and Paris, France; Greece, China, and Texas!  In a way, this trip has kind of turned into a wine tasting pilgrimage, though.  I mean, California, Oregon, and Washington are a given but I had no idea that New Mexico and Arizona produced wine!  Apparently, EVERY state does now! 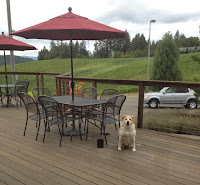 I spent yesterday wine and, oh get this, Sake tasting in the Willamette Valley!  Lillie was along for the ride and was welcomed into a couple of the vineyard tasting rooms but, otherwise, was attached to a table while I imbibed indoors.  Knowing a dog was outside waiting, the proprietors would all take a bowl of water out to her, effectively leaving me guilt free to imbibe longer. 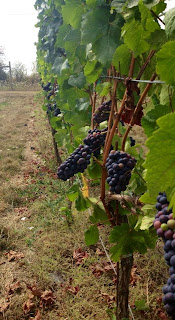 The differences between the various states' wines, the years of the grapes, and the people introducing me to them are so widely varied that it's very difficult to accurately compare them.  I can say that, for me, Napa beat out Santa Ynez, and, some of the Willamette Valley wines have beat out Napa!  If the people were personable, the taste was much more palatable!  Just saying!  Okay...the taste didn't improve but the experience completely improved!!

Thursday, I visited Hip Chicks Do Wine simply because I liked the name.  I bought a very nice Muscat too!  Yesterday, I visited Kason Vineyards, Elk Cove Vineyards, and Kramer Vineyards.  My first stop was father and son owned, Kason Vineyards, where the son, Matt, was the only one in residence when I arrived.  Though his duties included everything BUT giving wine tastings, we had a nice conversation while he provided me with 5 very healthy pours!  As I was leaving, his father, Steve, arrived and insisted that I try the premium wines.  Steve was very generous and I felt as though I was just drinking with a friend.  He educated  me on certain points of the wine making process that I don't recall anyone else ever telling me about.  Though I am in the land of Pinot Noir, it's not my favorite wine but I ended up buying a fantastic bottle! 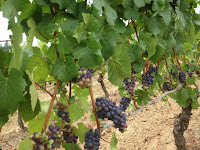 Elk Cove and Kramer Vineyards had friendly staff, very good wine, and gorgeous landscape!  I limit myself to buying one bottle per day of tasting so I didn't purchase any of their wines and moved on to my final stop, Sake One.  Lillie stayed in the Jeep for the short time that I was in there.  It was only $5 to taste 3 flights and I really didn't need any more than that as I was driving, after all.  It was amazing stuff!!  I thanked them and hurried back to Lillie then continued up the scenic Hwy 47 towards Portland. I completely recommend taking this route..."The Road Less Traveled" as it's dubbed by the "Guide To Willamette Valley Wineries". 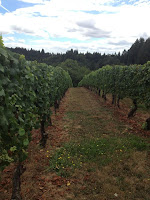 The best perks of wine tasting at vineyards (I'm not a great fan of "cellars" or "tasting rooms") are the people you meet, the conversations you have, and the incredible scenery!  Wine country in any country is worth a visit even if you don't drink wine! 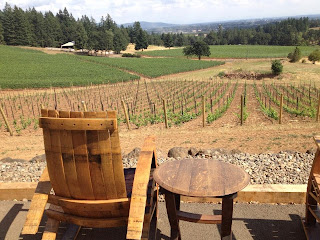