Acceptance of the Good AND the Bad = Growing

Strangely, I'm very content with my life right now.  Why is that strange?  Well, there are many reasons that I find this strange but some of them are that I've drained my savings, I've drawn from my retirement, and I'm currently working a temporary job that pays a fourth of what I was making.  So why am I so content and how did I get here?

A year ago, I was chomping at the bit to get my road trip started and had expected to have a renter by then.  By the time a renter did come along in July, I was probably less diligent that I could have been.  I did, however, depend on the rental company that my renter used to do what their contract promised which was to do the entire screening process, that included credit and background checks.

They informed me that he had great credit and his background was clear.  Why was it then that just one month into it, my renter was late on payment and then had every excuse to not pay  me at all?  This renter was a man whose title was Financial Adviser for a non-profit organization; his job is teaching people how to manage their money.  Yet, this same man turned out to be an expert at working the system so he doesn't spend ANY money, period!

My trip ended less than six months after it began because I had to return to evict my renter (which I did get a judgement for).  That's when he informed me that he had filed Chapter 13 Bankruptcy which meant I couldn't get him out of my place!  I spent additional court fees filing a motion to get him out of my home and a month later (the end of December) he was out.....with $800-$1,000 worth of my stuff.  Yes, he stole from me.  What???  I filed theft charges against him but nothing has moved forward from that.  I don't think the police have any sense of urgency on resolving this or even care at all, for that matter.  Then, as it turns out, he never paid the first installment on his bankruptcy so it was dismissed.

I've stepped back from it because it is stressful.  I have the forms to file suit in small claims court against both my renter and the rental company and I will fill them out soon enough.  I honestly feel no sense of urgency on this due to the fact that, once I DO win, I will most likely never be paid.  Thanks State of Texas!!!  Yes, if I win I have absolutely no recourse in the state of  Texas of collecting on that judgement.

As it turns out, my renter had a dangerous character of a boyfriend living in my condo with him as well as a small dog who apparently found my carpeting to be the best toilet.  After running my own background check, I found that my renter had spent 5 years in prison for auto theft, had filed Chapter 13 Bankruptcy  in the State of Tennessee (which was also dismissed due to non-payment), and has nine judgements against him; seven of those being evictions!  A check on his boyfriend brought to life a long history of convictions: theft, auto theft, 2 DWI's, prostitution, and organized crime.  These are the people living in my home, on my furniture, using my stuff!!  I was horrified!

How did I get here?  I scrubbed and vacuumed my place from top to bottom when I finally got back in.  I changed the locks and the garage door opener.  I bought a steamer and cleaned what I could of my carpets and hardwoods.  I laid on my couch, watched movies, closed myself off, and pitied myself for where I had ended up because this wasn't the plan, dammit!!

How did I get here?  The friends that I've welcomed into my life and my family rock!!  That's how I've gotten Here.  They truly have my back!  I've decided to sell my awesome condo as renting doesn't seem to be my thing!  I'm off of the couch and working a job that is totally out of my comfort zone but that has reconnected me to the world.  It's completely opened me up to going for more unconventional money making opportunities as I don't want to be stuck in an office again.

Why am I so content?  I've regained my self-confidence by the positive response at my place of work, by my success and by the inter-personal interactions and new relationships that it's giving me.  I'm working hard for little money but there is actual satisfaction that I haven't felt in years!

The Bad - I injured my back (but I don't think it's permanent), I'm not happy with my body (there are very limited times that I've BEEN happy with it....what girl is?), and I'm broke.

The Good - I am surviving, learning, growing, and happy!  I know I'll be traveling again soon.  Lillie wants to get back on the road too but she is adjusting to my absences while I'm working.  She gets bored but then I load her into the Jeep and we ride.  She is purely happy at those times.  Who can ask for more??? 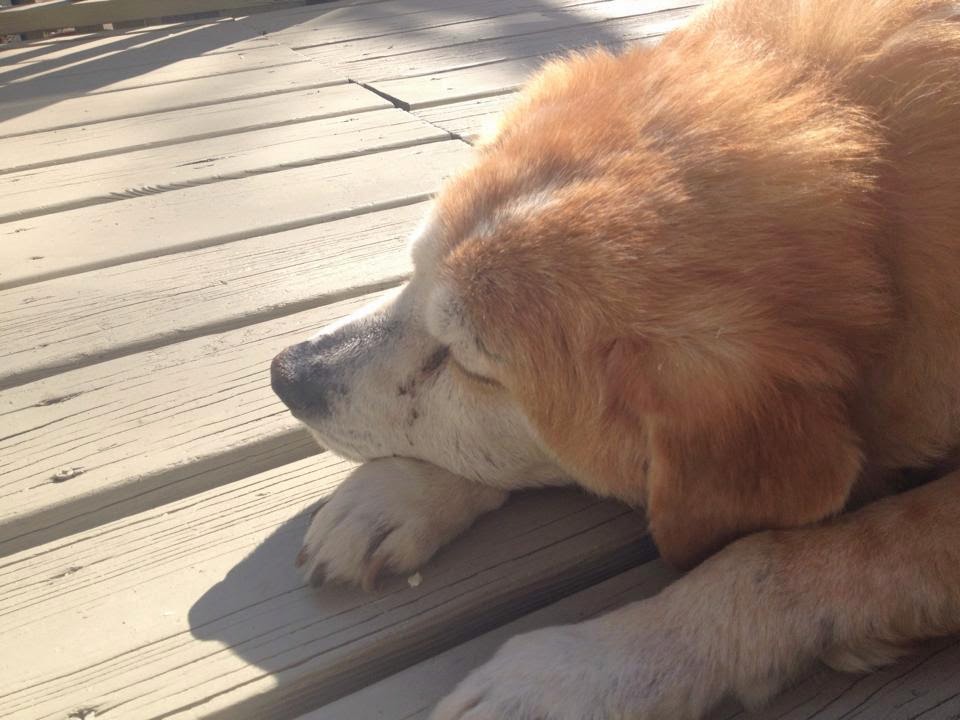 Posted by Loved by Lillie at 10:44 PM No comments: