Slow Down and Get Lost!


Traveling overseas, you tend to find yourself lost most of the time; at least, when doing your own thing.  Tours are a rarity in my travel agenda as I prefer the adventure of getting lost.  More important to me is keeping my funds available for other things such as food, drink, transportation, and entertainment of my own choice. 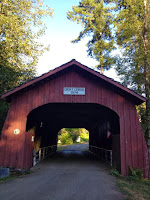 In your own city, you should always TRY to get lost from time to time because you will have the opportunity to meet people who will broaden your soul, your mind, and your horizons...not to mention, diminishing your fears!  No matter where you travel, though, when you get rid of your "gotta get there" attitude and simply slow down enough to see where you are, you truly can find jewels! 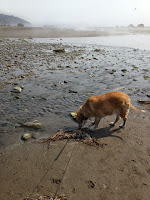 Lillie is, at the least, tolerant to my getting lost while on the road....at the most, she enjoys it.  I stop a lot to take pictures so she gets to wander and enjoy all of the new smells while I take pictures in remote country settings. I'm also reminded that she might be thirsty and is deserving of a treat after hours of being on the road. 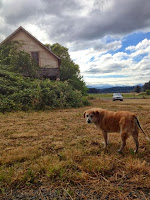 When road tripping, it's the easiest thing in the world to go rogue (ie. take random roads then worry later about how to get back on track to your destination).  Just follow a sign that announces something possibly interesting or turn on a road just to see where it goes. Bodies of water, national parks, seasonal scenery, and small towns are all the reason I need to be addicted to it!  I've learned that there ARE essentials that need attention before going rogue...such as GAS!!!  There is nothing that will ruin the entire experience like emergency needs such as restrooms but, more importantly, gas in the tank!!  I've coasted several times out of mountain ranges...praying, pleading, promising....and made it....but also in areas where small towns were close together...because I figured a gas station was around the corner!  I figured wrong for the most part but got lucky!! 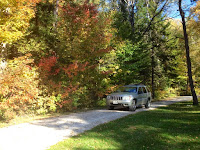 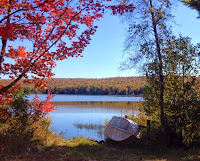 Recently, while visiting my daughter in upstate New York, we decided to head to the Appalachian mountains to see the sites...primarily, the incredible fall foliage!  We just wandered down dirt road after dirt road that, according to her GPS, would lead us to bodies of water (yes, that's cheating a little bit on the "getting lost part").  Anyway, I turned down one extremely narrow road that she wasn't comfortable with and that wasn't on her GPS.  Once I committed to the road, there was no turning back so I drove on.  It finally ended at a house right on the tip of the peninsula.  There was a 1960's rusted Ford pickup truck with Texas license plates sitting to the side of the drive and the door to the shed was open.  As I began to maneuver my turn around, an older man stepped out of the shed and walked towards us. We rolled down the passenger window and we told him that we were just lost.  Having seen my 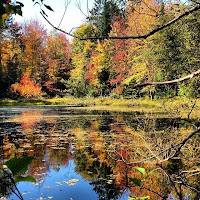 Texas license plates, he asked us where we were from.  It turns out that he is from Austin but this lake house has been in his family for 108 years.  He and his daughter were doing repairs to it before heading back to Texas for the winter.  He then offered to take us on a tour of the outside to which my daughter whispered to me that she didn't think it was a wise idea...I thought differently. 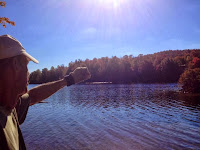 It was a fantastic spot to have on the lake.  He informed us that the crystal clear lake was spring fed so you could drink directly from it!  The "thing" to do on this lake was barges.  His had two chairs and a grill on it and they would just untie it, motor out onto the lake then just float or tie up to other barges.  His land went all of the way to the tip of another peninsula, as well as, a small island.  As we thanked him and drove away, my daughter commented on how she thought that this started out as a possible horror movie scenario but really enjoyed the actual outcome.

Unless I'm on some kind of timeline, I prefer to be off of the interstate.  I could just fall asleep on the repetitiveness of interstates.  Highways and back roads are full of so much more character!  Small town America, abandoned farms and mansions, wildlife, and people.   After driving north on the interstate in Washington for about 30 minutes, I decided to turn off and continue my journey up the Pacific Coast Hwy (I had followed it all of the way from San Diego, CA to Oregon so may as well continue until I couldn't go any further).  It took quite a while longer than I anticipated to drive west enough to reach it but what a gorgeous drive!  Then once I began that 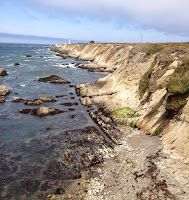 trek up the PCH, I found myself in rain forest!  I certainly hadn't done any homework to even know about what to expect on that stretch but it was quite a surprise.  I do have to say that the Washington coastline was my least favorite.  It was cold, rainy, and I saw little of the actual coast.  However, the result of my choice to leave the interstate resulted in new knowledge and views of this country and ended with Lillie and I seeing an area in northwest Washington that we would have missed...Port Angeles, Whidbey Island, Bainbridge Island, and other small water towns with the Olympic Mountains overseeing it all.

As Lillie and I continue on our road trip across this beautiful nation, I look forward to more incredible sceneries, festivals, rewarding encounters, and life enriching surprises. 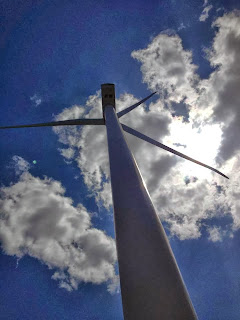 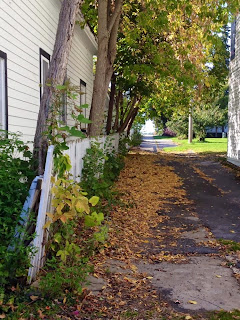