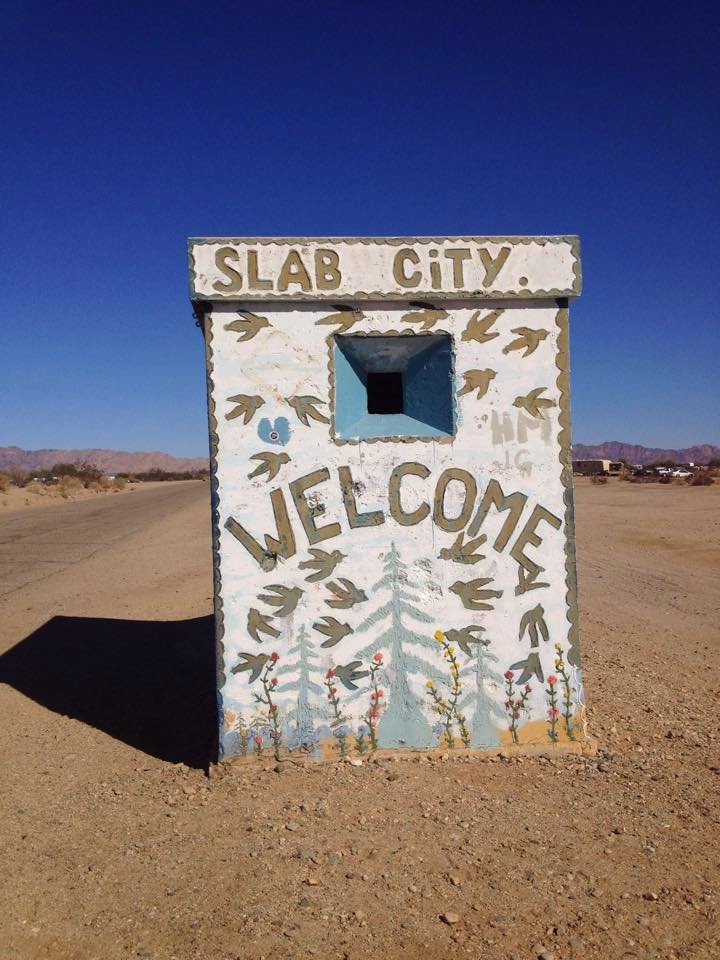 I have a horrendous memory!  However, I envisioned Slab City as I remembered it from the movie, "Into The Wild".  Just a few trailers in the desert around some empty concrete slabs (ergo the "Slab" in Slab City).  For those of you who have been here, you'll recognize how wrong I was!

Slab City is located in Niland, California.  Back in WWII, it was a US Marine Corps training base...Camp Dunlap.  Once it closed, the cement foundations became the origin of the name, "Slab" City.  It is now also known as "The Last Free Place". 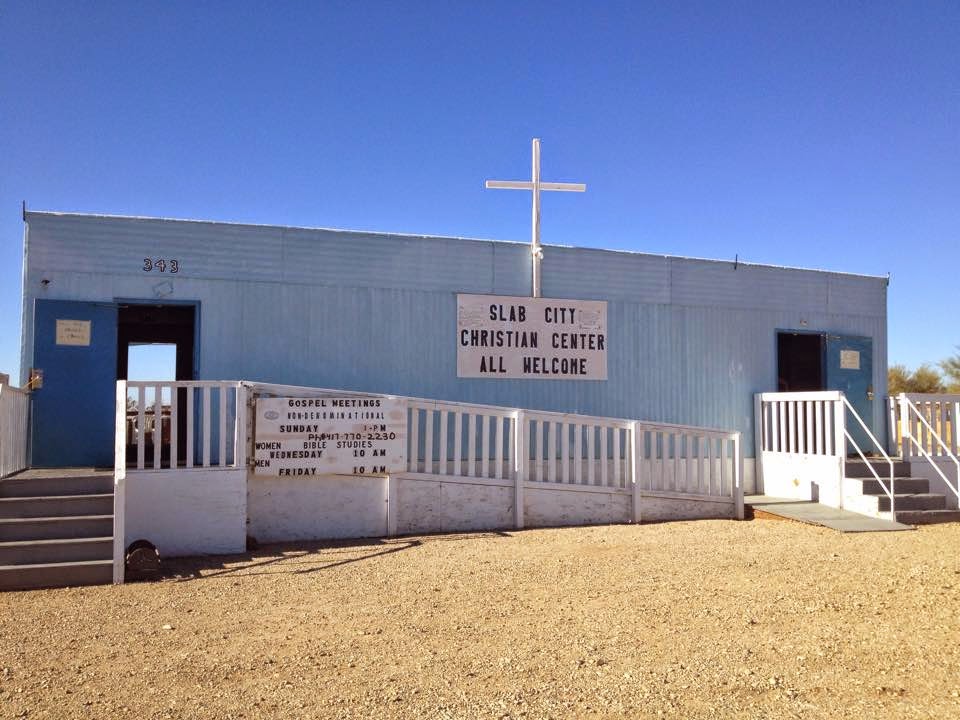 After stopping at the only gas station in Niland to ask for directions, I rolled through a pitch black night unable to see anything other than an occasional trailer light. Appearing out of the dark seemed to be a building, with people around a campfire on the other side of it.  I turned in and slowly circled the trailers there.  Seeing a man watching me and slowly approaching, I stopped and asked if he knew where I could park.  I assumed that there must be some kind of order like any other campground.  His name was Smiley and he said I was welcome to park on the other side of the church (the building I saw) for the time being if I wanted.  I did and, after his offer the next morning, I remained there for my second night as well!  As it turned out, I was in the desert! LOL  Park it where you want!!

Smiley has been a "Slabber" for 4 1/2 years and has owned the church (Christian Center) for 2 years.  He's a caring and friendly old man (he may be my age for all I know but wears it harder).  He offered me a second night beside the church because I was a newbie and he didn't want me to run into any of the less appealing humans in Slab City.

Slab City is "home" to a wide range of personalities.  You'll see for yourself as you drive the roads around 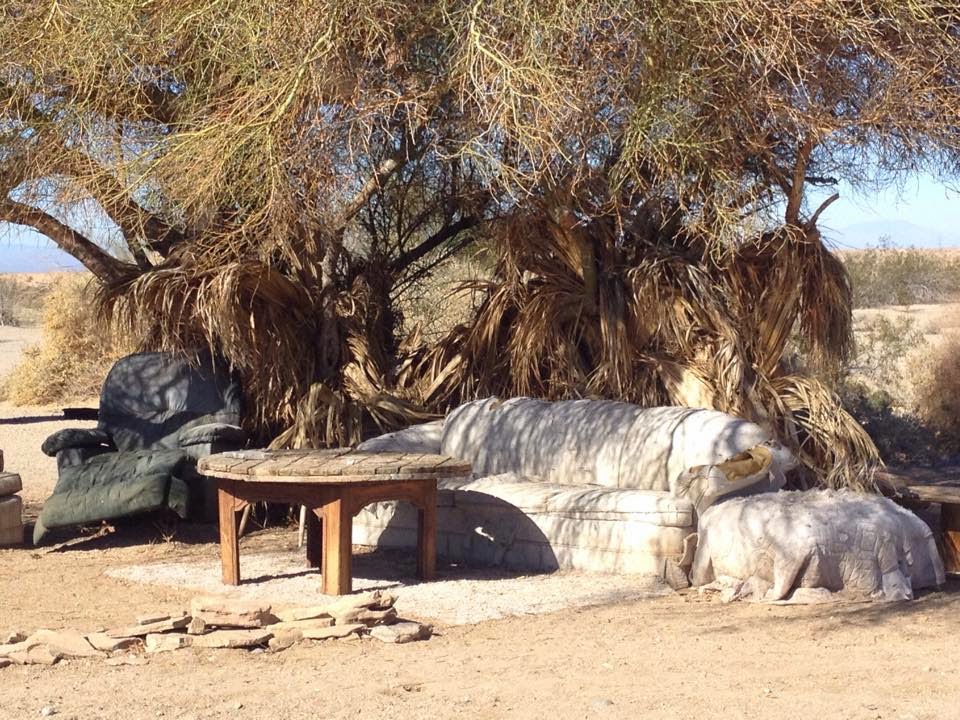 this mixture of desert and cement foundations.  "Home" is anything you can imagine it to be.  Cardboard shanties, tents, tarps, dead cars, horse trailers, vintage campers and vans to new trailers decked out with solar panels and generators.  Living in them are the homeless, the anti-social, the Jesus freaks, the Satan worshippers, the extremists, the soldiers preparing for the final battle, the lost, the found, the hippies, the artists, the snowbirds, the tourists, and the musicians.  Every form of mental disorder is in evidence, as well!

I witnessed people partaking in their favorite vices (legal and otherwise), target shooting with rifles and bows, enjoying drinks and conversation, sharing their brand of music or dance, bicycling round and round the city, giving tours of their section of the world, those watching with suspicion but more offering help (I apparently looked lost a lot!).  My neighbor returns 3 times a year to the Slab with free clothes for those that need them and cooked and gave away hot dogs with all the fixin's!  I think you can most likely experience the good part of humanity in this place rather than the worst.

As in everything, you generally get what you give.  I don't judge others situations, lifestyles, struggles, or weaknesses.  I have plenty of my own.  Acceptance is what we all desire and, in this place, it is given freely.  It is the last free place in all ways, no question. 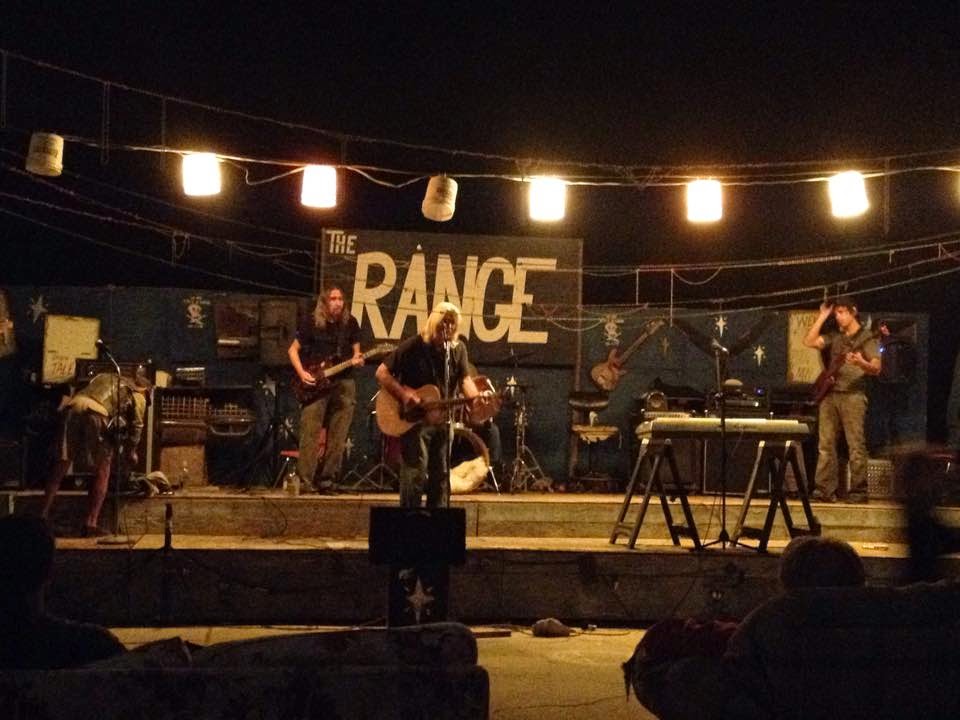 Saturday night, I walked down the road towards the sound of music and conversation at "The Range". There is a stage where people come out to jam every Saturday night and it is where you want to be!  Interacting with the locals with a mix of snowbirds is surreal and fun!  I danced and intermingled with them all.  The following morning, I walked with my new friends to the Oasis Club where you can get all you can eat breakfast for $5.00 (only on the weekends).  The Oasis Club is a small plywood kitchen that opens to a circle of trailers with tables and chairs available for anyone who stops in.  I generally don't eat breakfast so I had a cup of coffee and visited before walking to Radio Mike's set up for a few minutes (at his invitation after meeting at The Range).  An interesting man, musician, and artist who has been full time RVing for 16 years and spends his winters at Slab City, I found myself completely intrigued.  He'll be in Paradise, Texas in May and, since I'll be returning to Dallas in May for a couple of months, we may see each other again soon!

Smiley had a bad day on Saturday.  His 12 year old dog had a tumor on it's face but hadn't seemed to be in any pain from it.  Saturday, he found maggots crawling around in the tumor so he took his old companion out into the desert, put a 9mm hollow point bullet in him, and buried him nearby.  He said that when he shot his old friend, the dog "dropped to his knees as if in prayer and wagged his tail before falling over.".  As sad and disturbing as I was to hear the telling, his description seems perfect for this place called, Slab City. 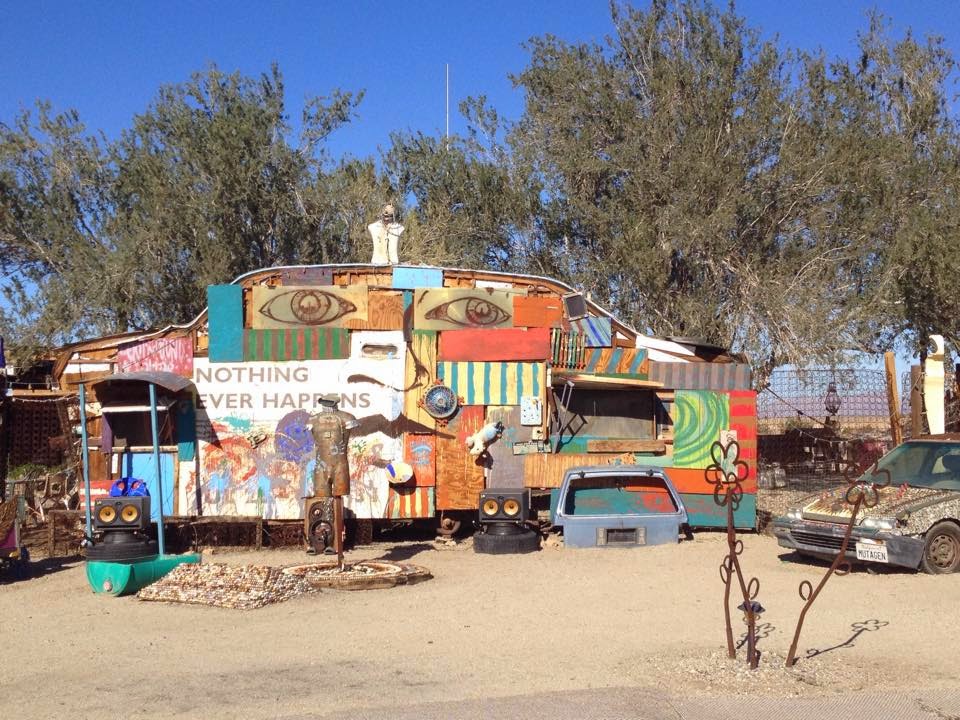 I do recommend visiting, if not camping, Slab City.  It is a must visit!!  If nothing else, "East Jesus" Art Garden (a decidedly unusual artistic display) is a photographers dream! If you decide not to venture that far into the desert, then make the trip as far as Salvation Mountain!!

I don't feel that I've accurately described this place but it was a lot to absorb in 1 day!!  I'll definitely be back to enjoy more!! 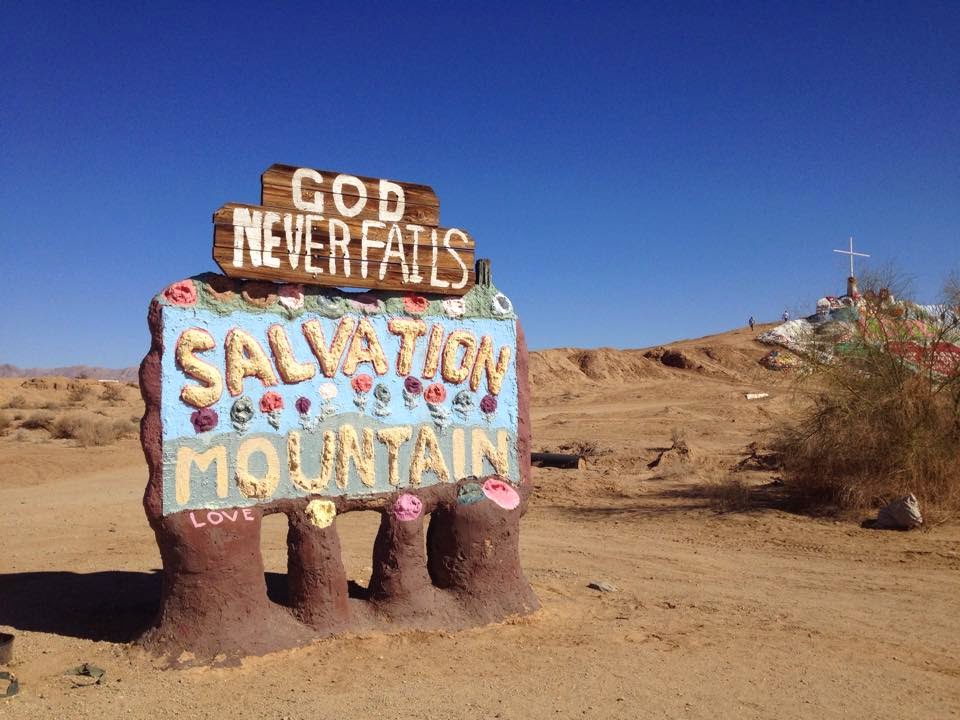 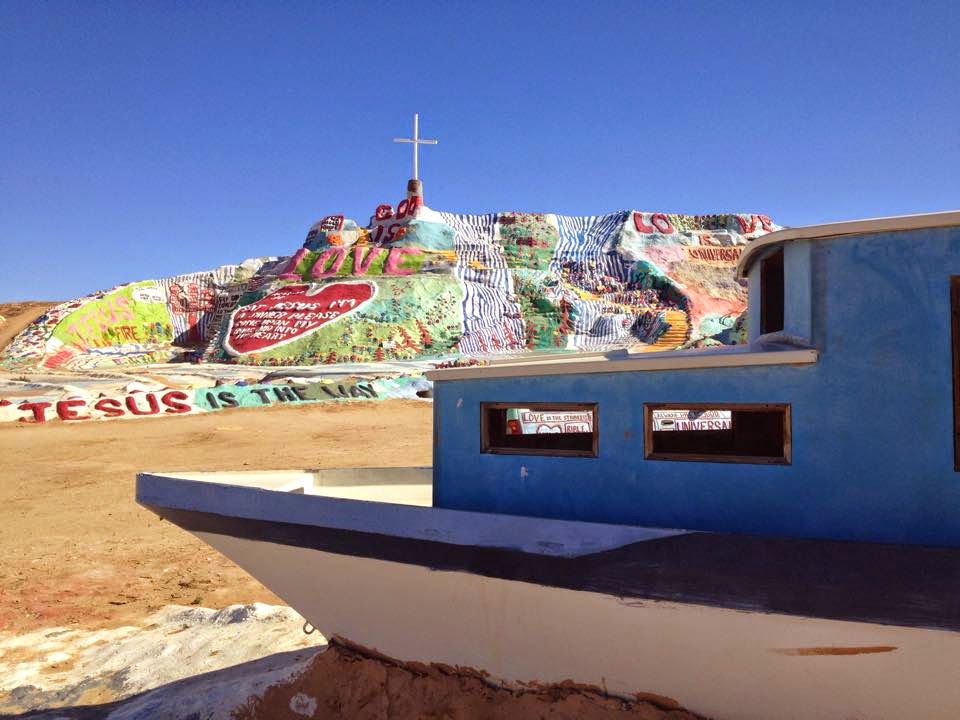 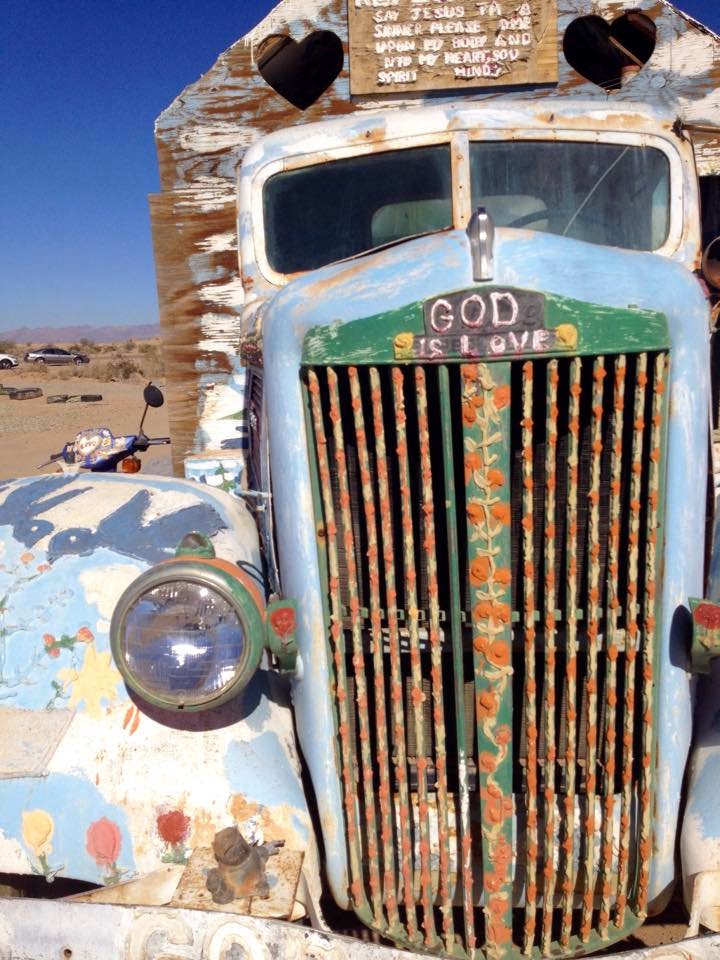 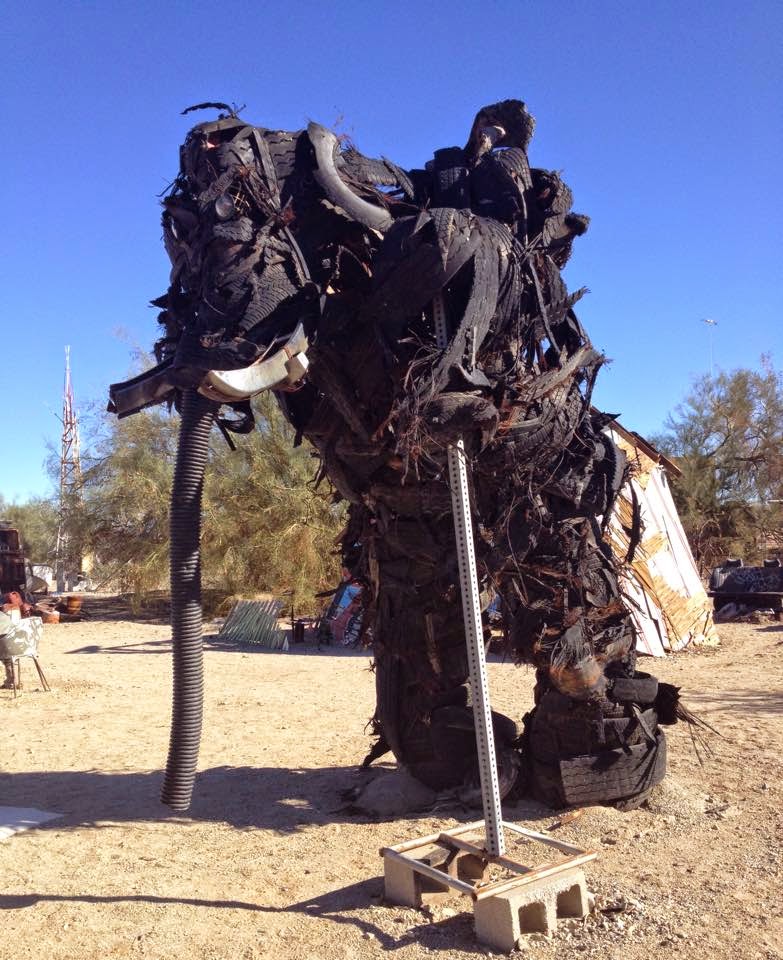 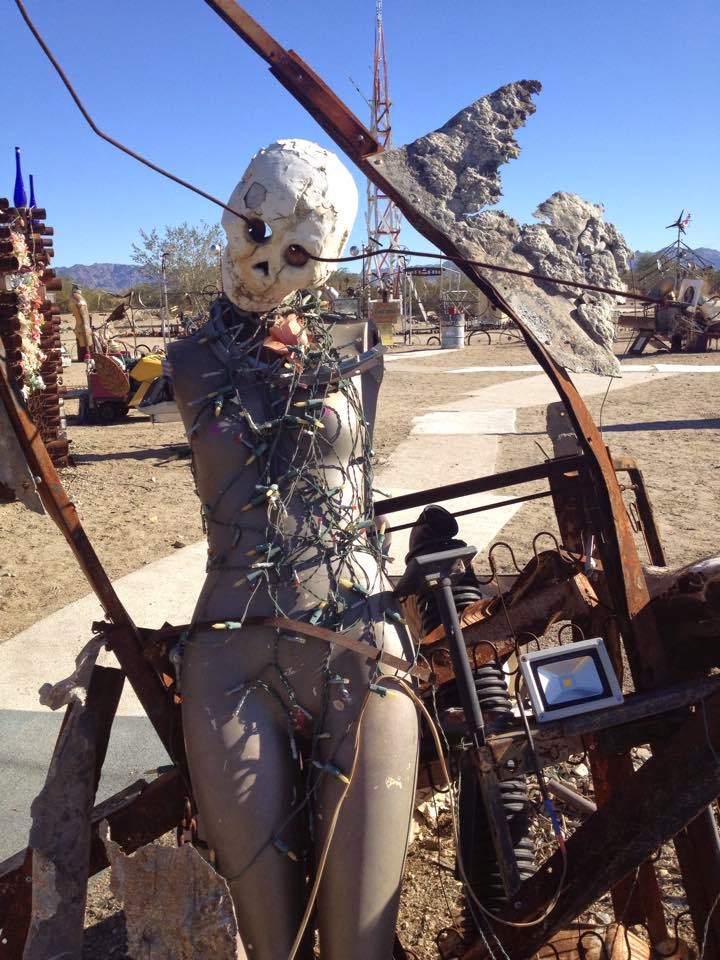 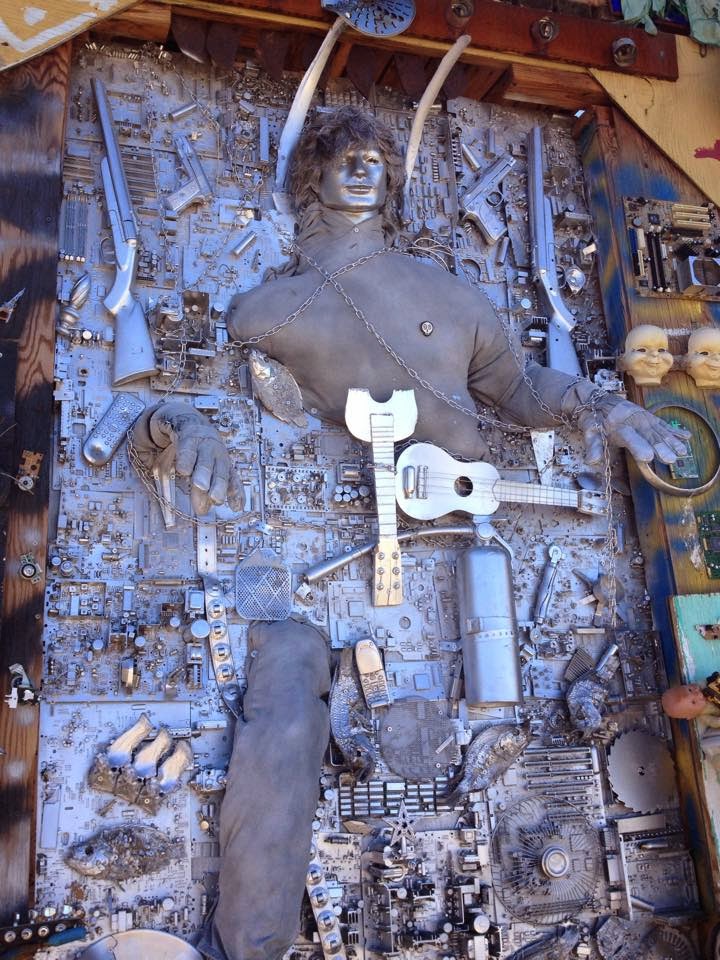 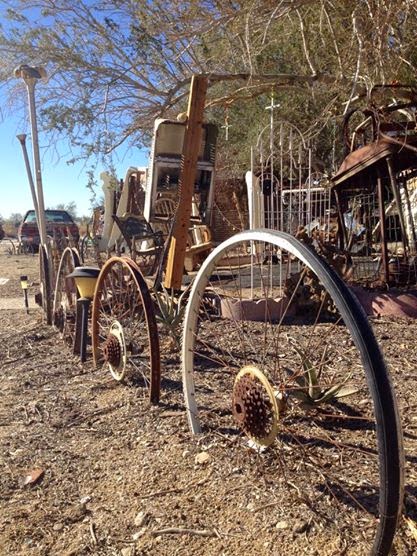 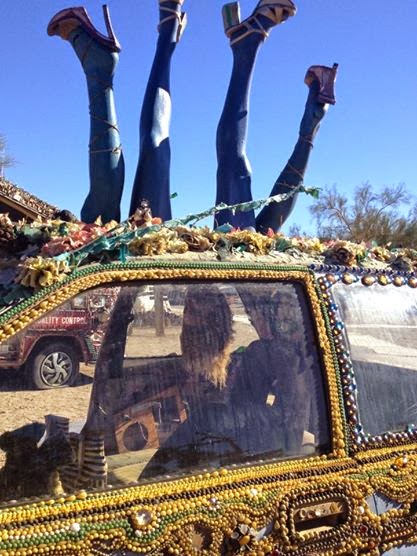 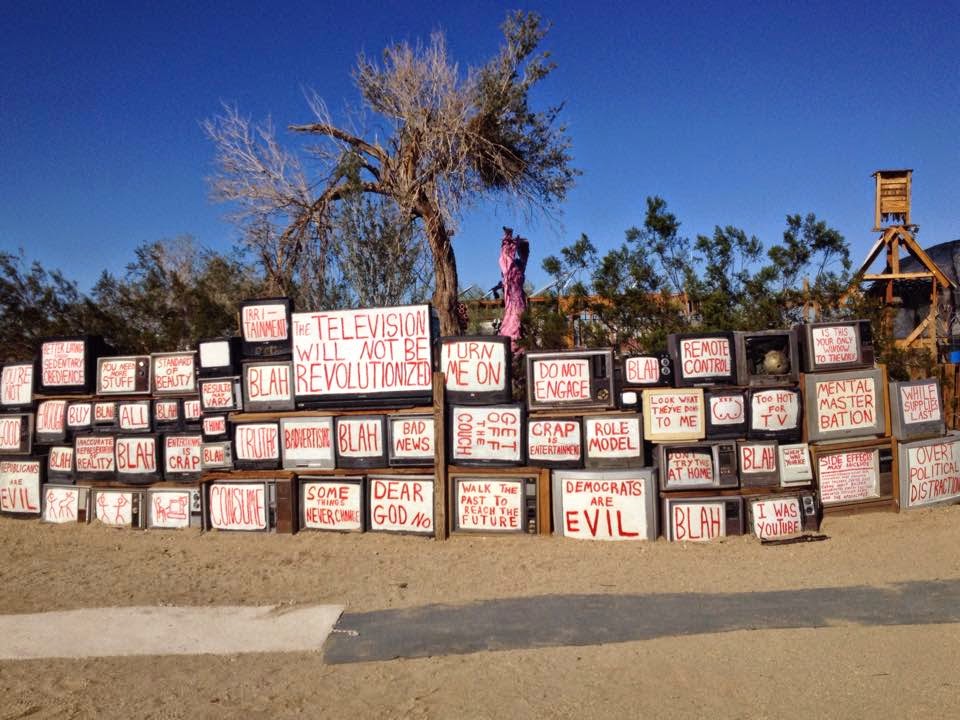 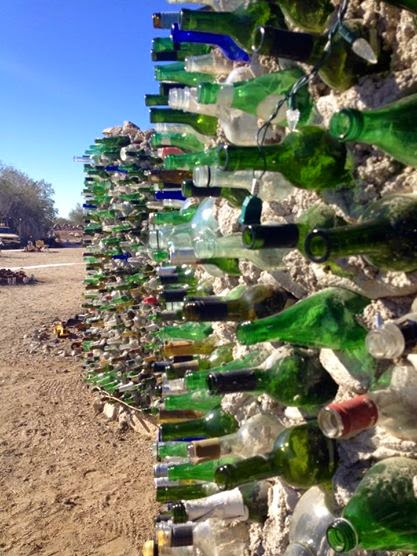 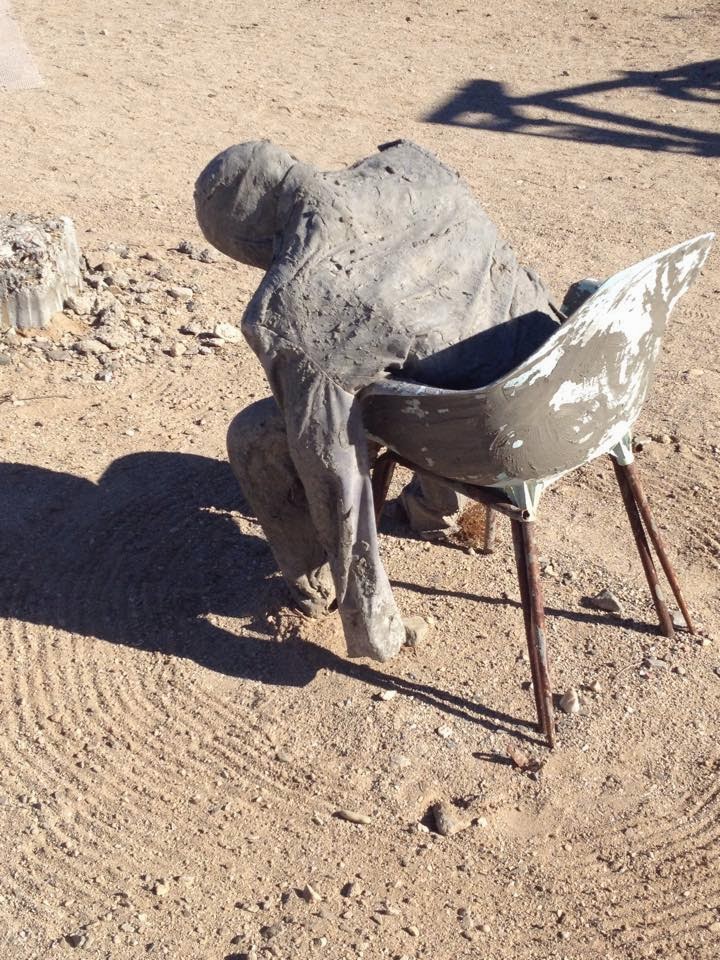 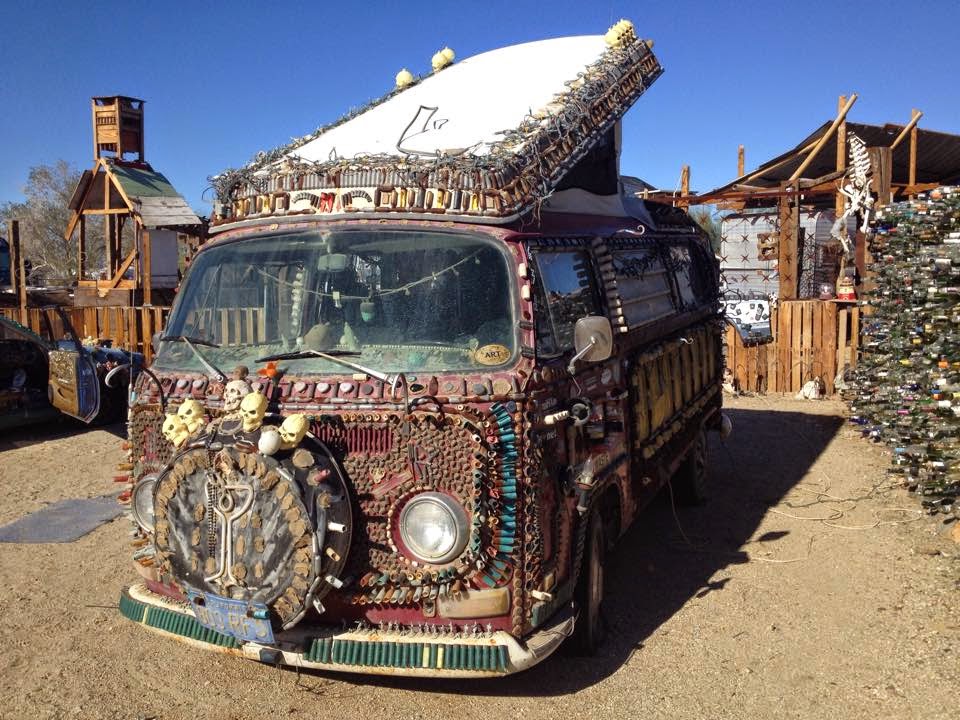 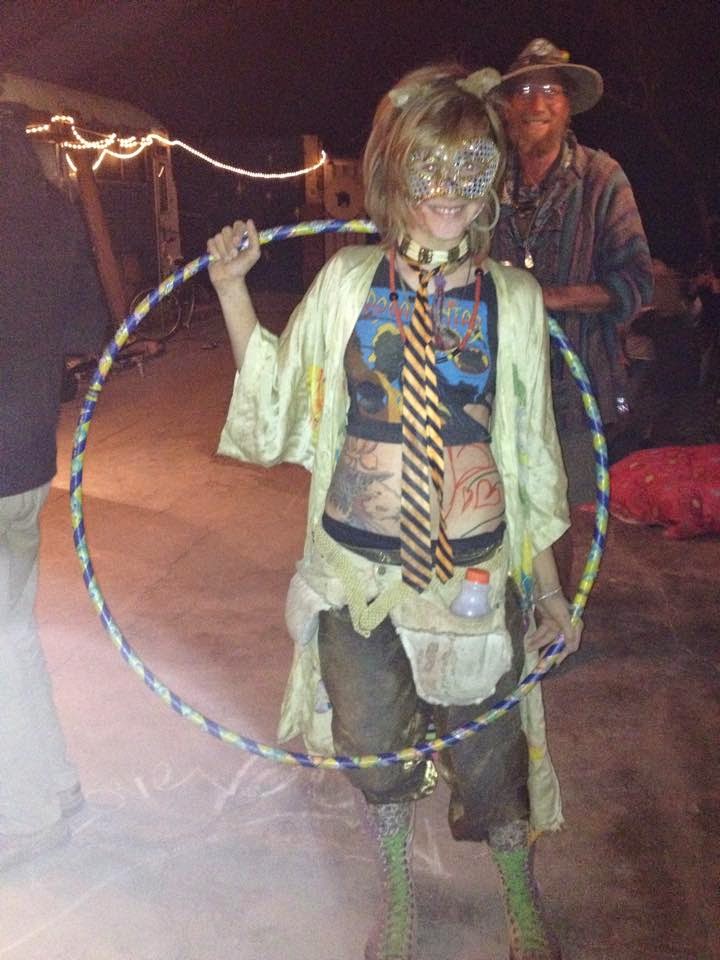 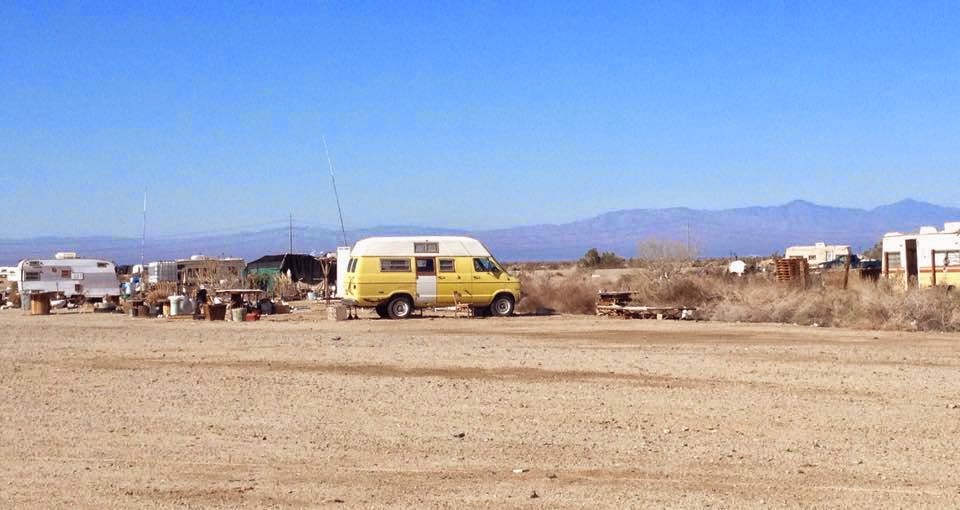 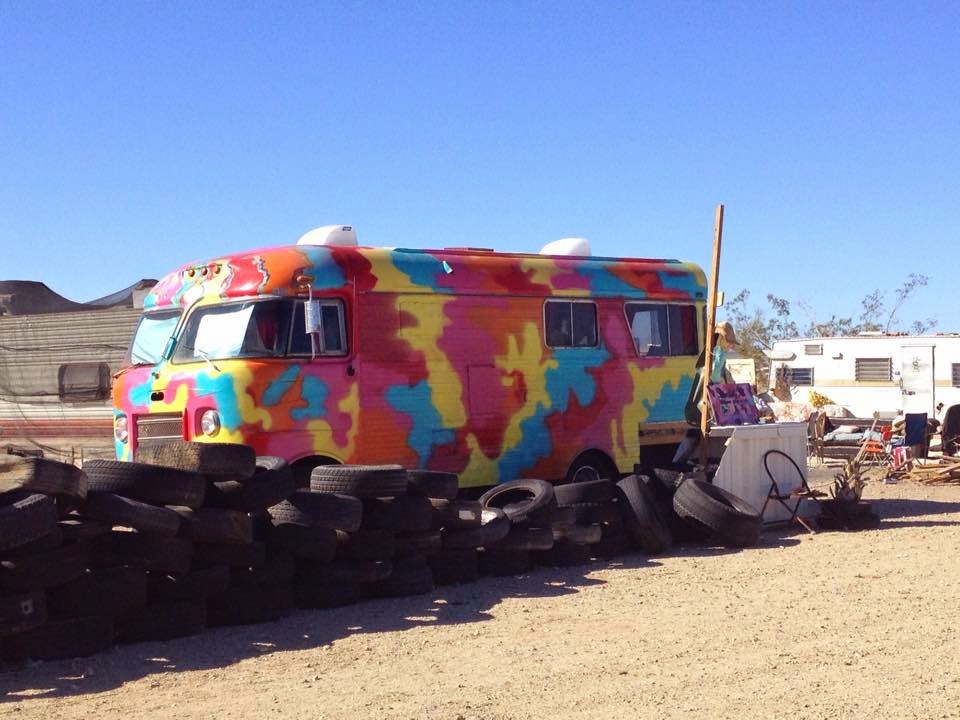 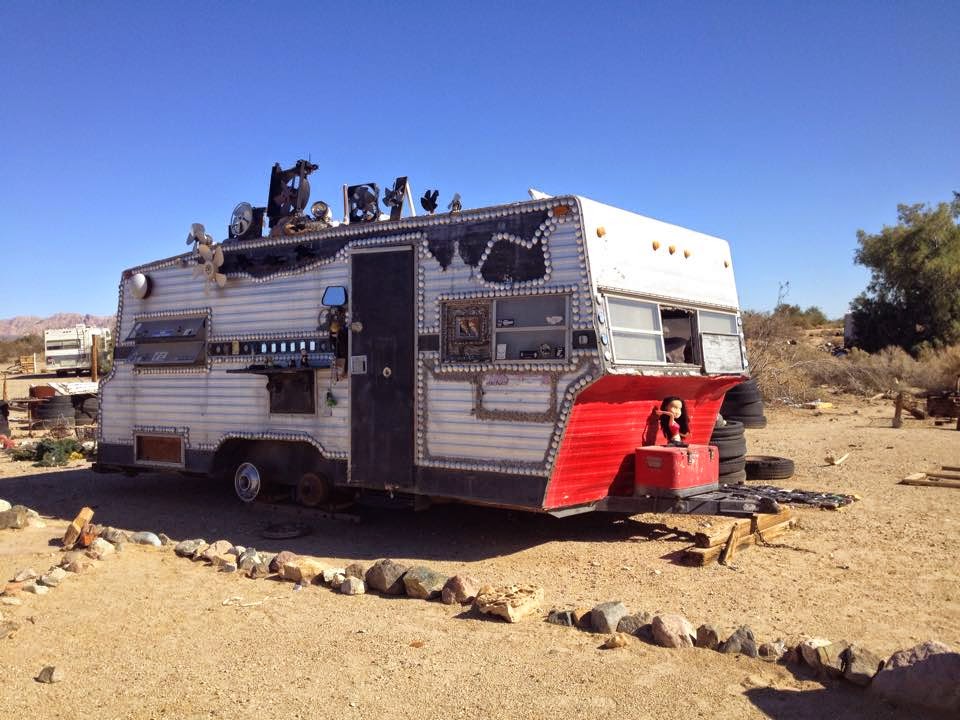 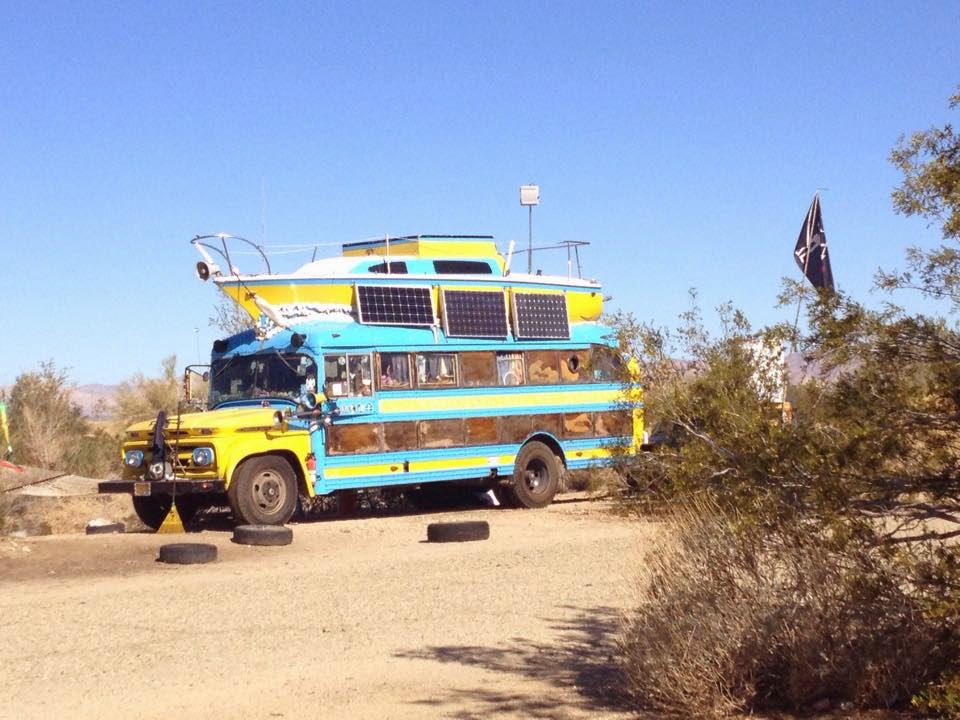 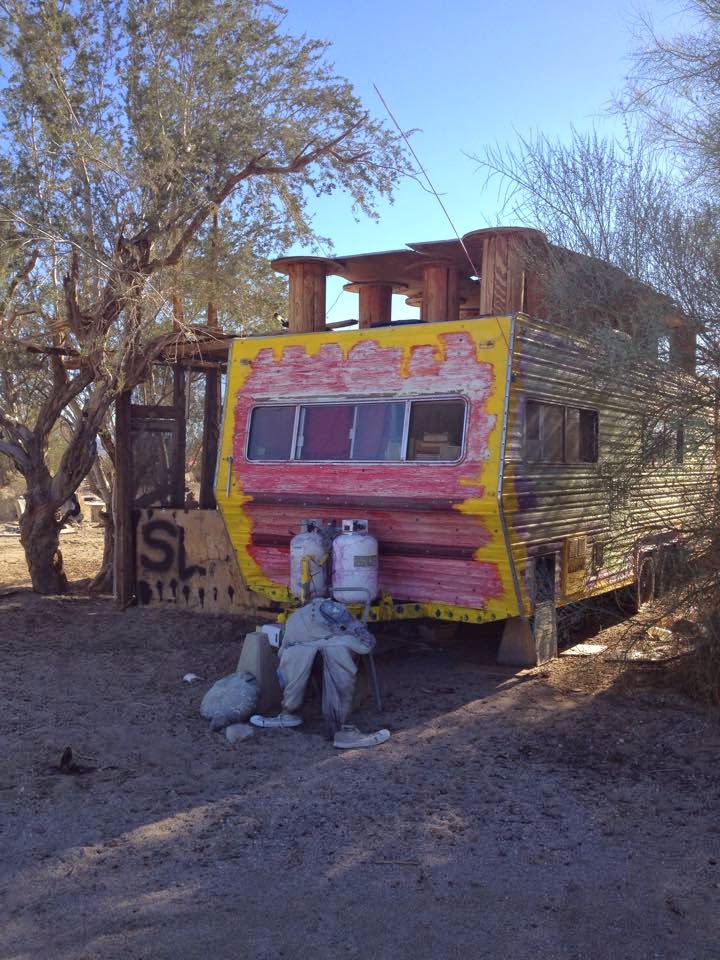 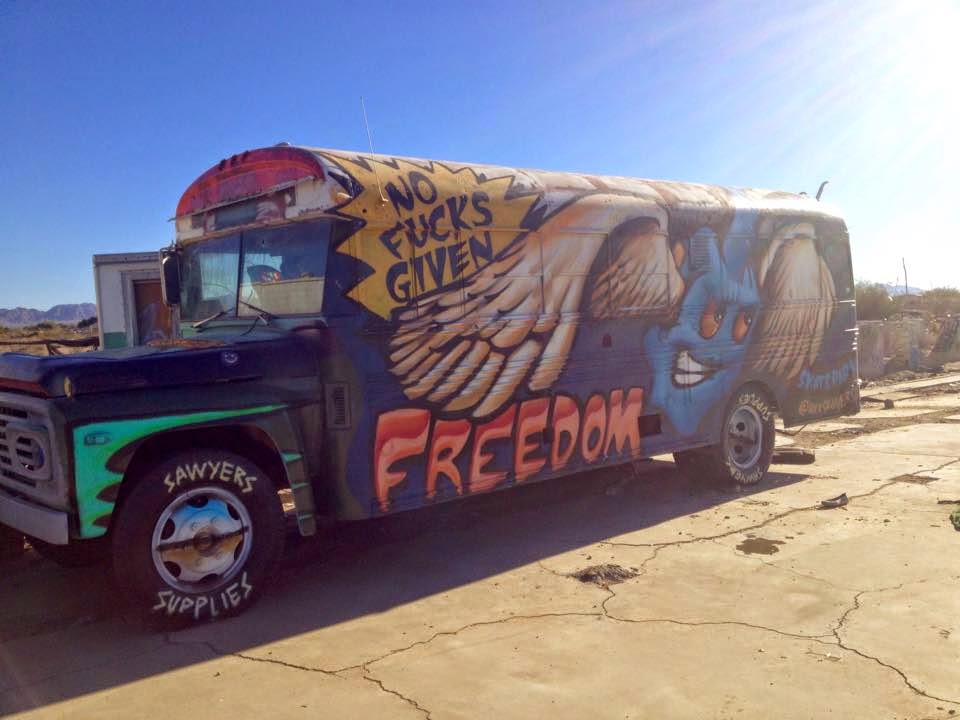 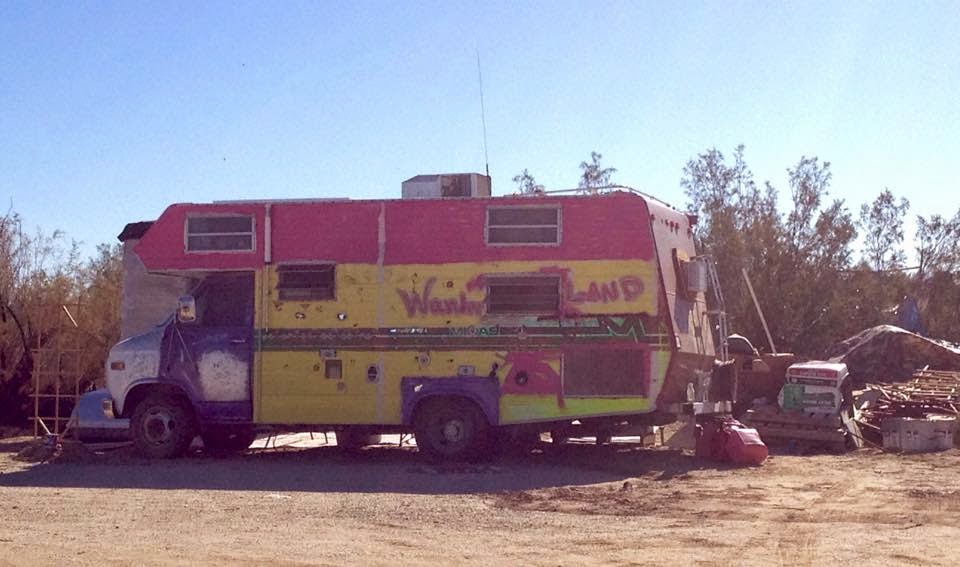 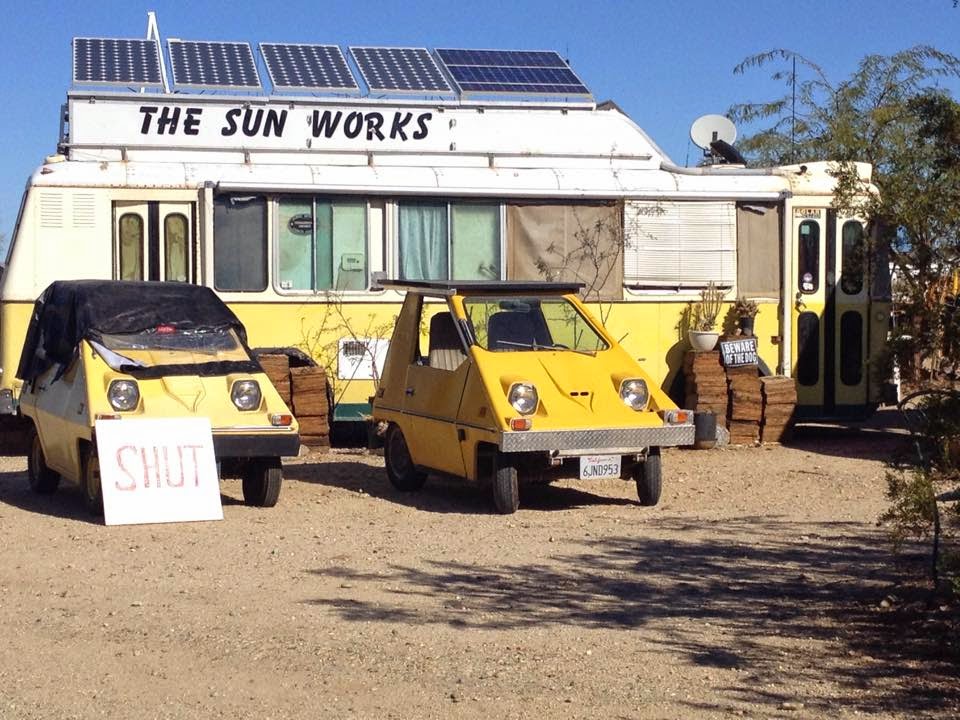 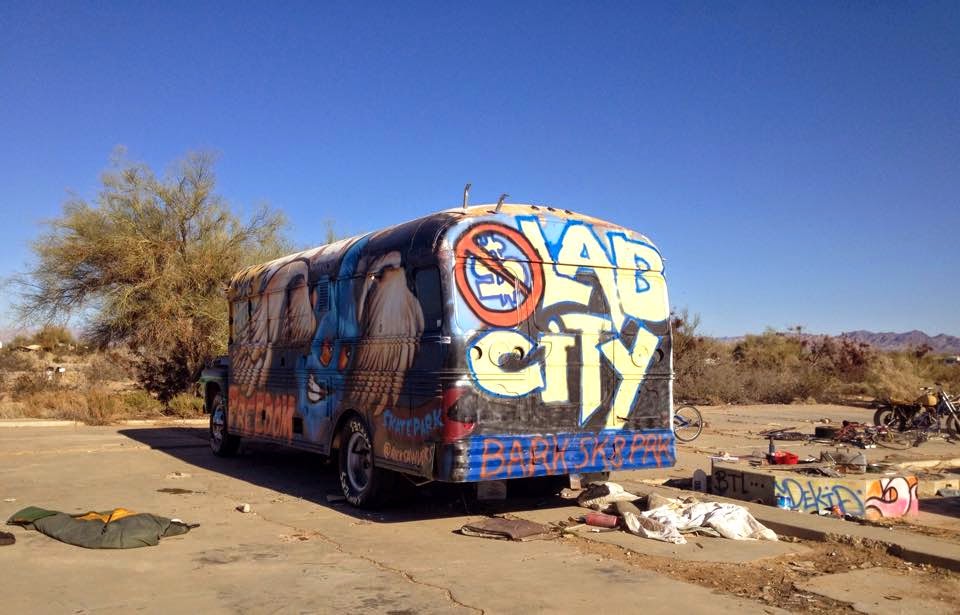 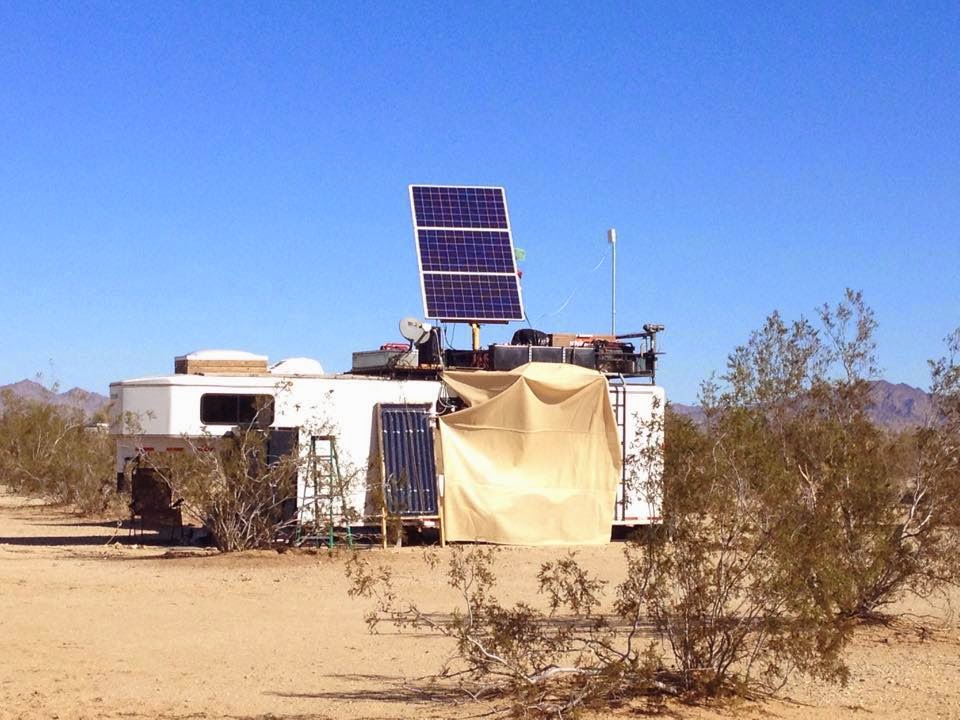 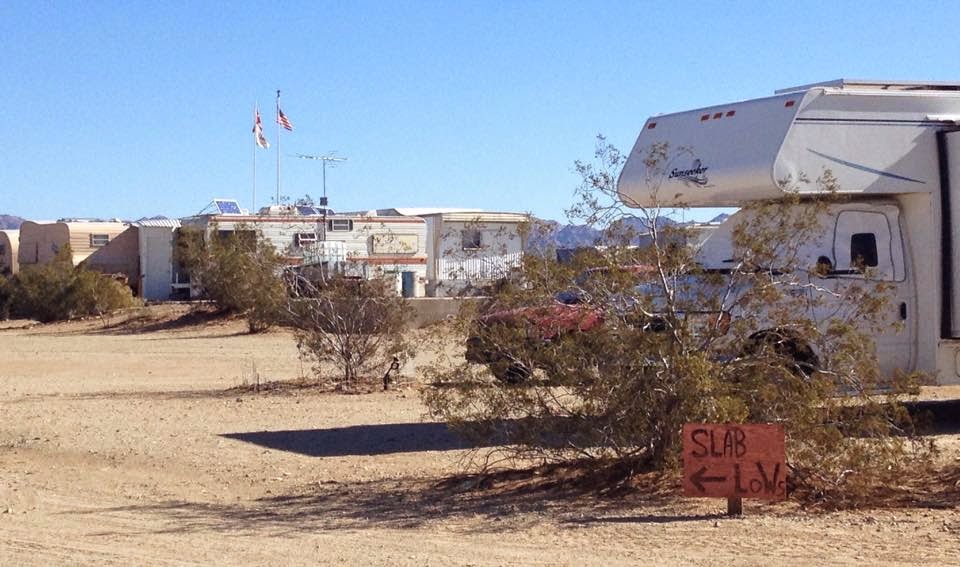 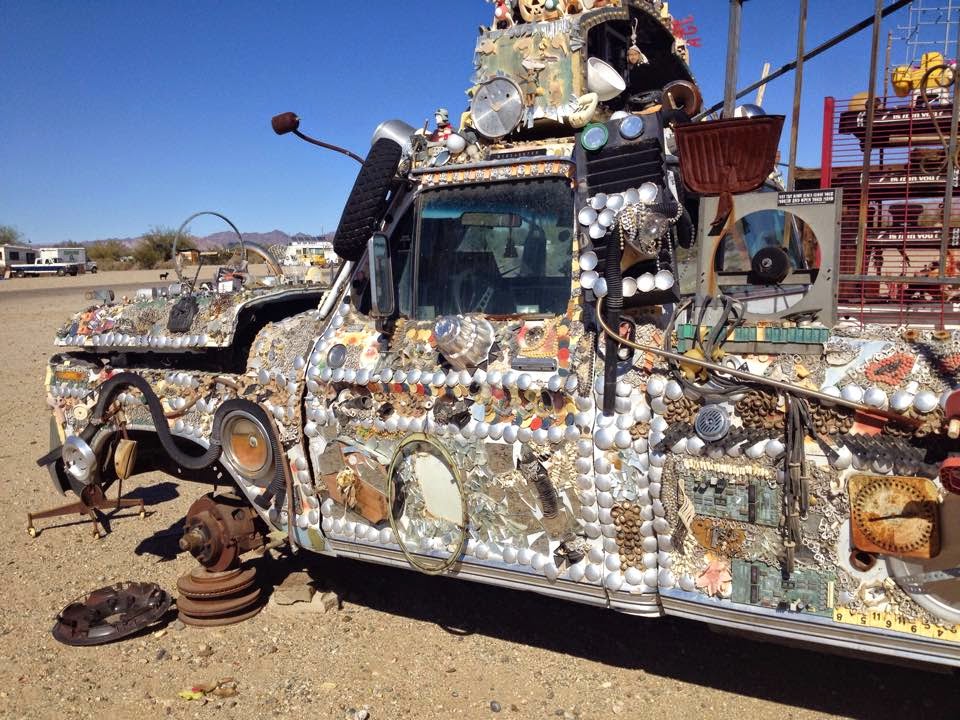